Steel carabiners were born in the early 1800s dedicated to it’s use within the war and work fields, while the diffusion of the actual climbing carabiner started only after the Second World War. The beginning happened in Italy and France, where the production of mountain carabiners of new materials began: light aluminum alloy (ergal). Since then, it’s development has continued with the introduction of new shapes (oval, pear, asymmetric, etc) and some new details, such as an automatic snap gate (quick opening carabiner).

Within our slackline world the most commonly used carabiners are the oval shaped ones, where load forces are equally distributed between both sides. The carabiner can connect your TENSIONING DEVICES (pulleys, brakes, etc.) or it can be used in a primitive pulley system. Commonly integrated into slackline sport as well are the steel carabiners, because of its high strength and resistance to repeated stress movements, as well as the aluminium carabiner for its extreme leightweight.

Carabiners There are 9 products. Steel Carabiner oval screw nut for Slackline This slackline steel carabiner is the perfect connector to use in a primitive slackline system. The screw nut closing prevents accidental opening. The... 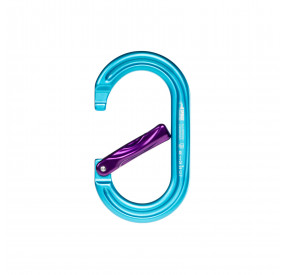 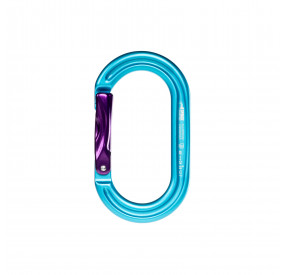 Slackline Aluminum Carabiner The Oval Carabiner with a gate opening of 22 mm has a breaking strength of 24 kN and weights only 72 gr. Made of high-tenacity anodized aluminum and with a lime colour... 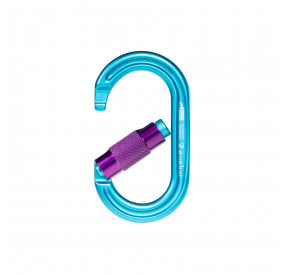 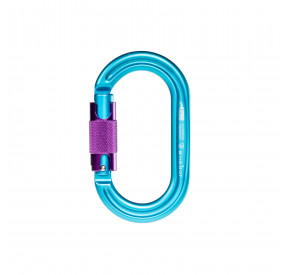 Slackline Aluminum Carabiner Screw Nut An oval Carabiner with a gate opening of 20 mm. Breaking strength of 24 kN and a weight of only 78 gr. Made of high-tenacity anodized aluminum, in lime colour... 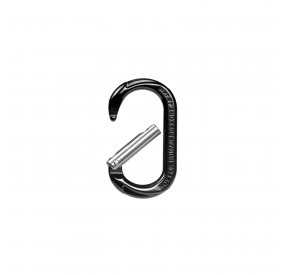 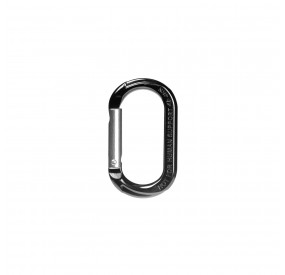 Aluminum MINI Carabiner oval The MINI aluminum carabiner is a great choice to connect any additional components of your set-up. The carabiner has an oval shape to be used equally on both sides.... 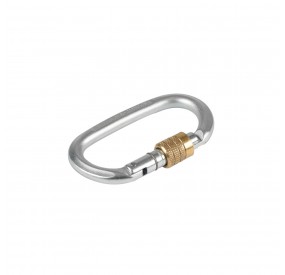 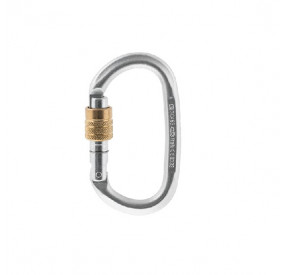 STEEL CARABINER OVAL SCREW NUT  The Climbing Technology ‘s Steel Oval Carabiner is a MADE IN ITALY product of high quality and singularly tested. The screw nut makes the carabiner safe, even under... 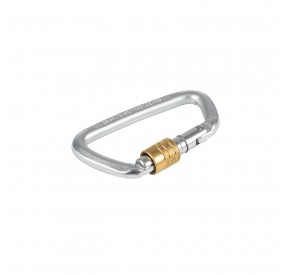 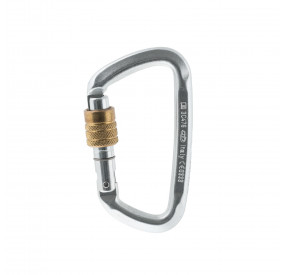 Steel carabiner D screw nut  The Steel Carabiner D shape Climbing Technology is a superior MADE IN ITALY  product. Each product has bbeen tested individually to ensure maximum safety and... 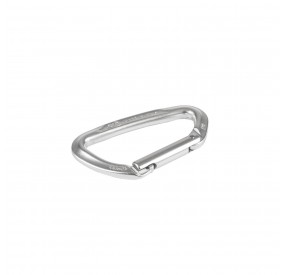 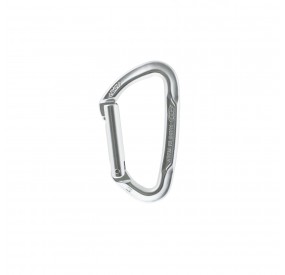 Aluminum oval carabiner with screw nut  The Aluminum Oval Climbing Technology  Carabine, is a MADE IN ITALY product. The screw nut closing makes it a very reliable connector. Thanks to the KEY-LOCK... 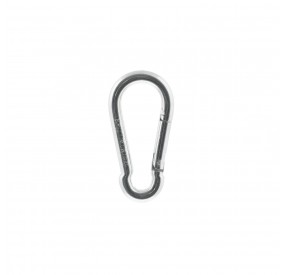 Is the oval carabiner better with or without a screw nut?

Carabiners can be divided into two main groups: carabiners with screw nut and without. The screw gate carabiner, once closed, prevents accidental opening of the gate. This avoids accidental situations like the lever that my open with movement, generating a risky situation or even breakage of the carabiner. A lever locked with a ring nut avoids this problem entirely.

The lighter, normal gate carabiner without screw is preferred in those cases where you are reasonably sure to not risk any accidental opening, or if occuring, the risk stays rather low.

It is used, for example, for the multiplier of a primitive system, or to connect other secondary gear to the pulley system, or as a simple key holder on your backpack or harness.

All SLACK-INOV contain the KEY-LOCK system (catch-free), which means the contact point between the carabiner gate and the body is completely smooth, without any hook for potential gate lever. The KEY-LOCK system avoids tangling up your webbing when opening or closingg the gate.

The carabiner keyring or material holder

We offer also a small carabiner keychain, called carabiner key ring, which is a good rigging gear holder but does not support a person's weight can't be used as protective personal equipment, but is very useful because of is light weight small pricep, and makes transport of gears more comfortable.